Hank Bartlett dreams of something more than his sleepy Ohio hometown, where the work is back-breaking and the money he makes goes straight to his family. He’s only 25—way too young to end up stuck in the same tiny town for the rest of his life… Especially when he’s the only gay guy in a 100-mile radius.

When he walks into The Spike on his first night in San Diego, a gorgeous older man catches his eye across the bar. But Ben turns out to be more than just a handsome stranger—he’s also kind, generous, and inspiring. And soon enough, Hank is head over heels.

“Get married and you’re a dead man…”

When Bennett’s father disowned him for being gay, Ben turned his back on his family’s wealth. He relied on his intelligence and drive to build a business and a life that he’s proud of. Ben refuses to be told what to do by an old bigot, and he’s definitely not interested in fulfilling a ridiculous marriage requirement just to inherit money he doesn’t want anyway.

So why the hell is he getting threats designed to keep him from the altar?

It was easier to ignore the threats when he was single and reeling from a nasty breakup. But that was before Ben fell for Hank—sweet, open-hearted, optimistic Hank who tugs at parts of Ben’s heart he didn’t even know existed. Suddenly, Ben isn’t quite so sour on romance after all. But the closer he gets to Hank, the worse the intimidation gets.

Whoever’s sending the threats will stop at nothing to break the two men up. Will Ben and Hank find a love to have and told hold, or will death do them part before they can even get started?

Love and Protect is a 75,000 word May-December gay romance set in urban California with hurt/comfort themes.

END_OF_DOCUMENT_TOKEN_TO_BE_REPLACED 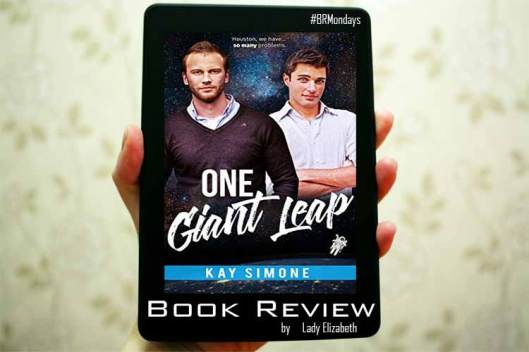 Houston we have so many problems…

Curtis “Launchpad” Larkin’s career as an astronaut has had its share of ups and downs.

Alternately lauded as the single-handed savior of NASA and condemned as a reckless, hot-headed bully, Curt has been through the wringer of public opinion and come out on top. When he embarks on his final mission with NASA, Curt figures there’s no curveball that life has left to throw him.

But when the role of spacecraft communicator is passed to a young engineer back in Houston who he’s never met, Curt’s mission takes on a new trajectory.
—
“CAPCOM to commander. Do you read?”
—
Patrick Harte’s life is turned upside down when he’s called to fill in at mission control, working directly under his hero, Curtis Larkin.

Falling for Curt is just a small step for Patrick — but it’s one giant leap to think that the astronaut could ever return his feelings.
—
“The more I talk to you, the more I know that we understand each other.”
—
After Curt connects with Patrick from worlds away, he can’t imagine life on earth without the other man… Despite the fact that he’s never laid eyes on Patrick. And their problems won’t stop once he’s cleared for landing.

The bad-boy astronaut is no stranger to controversy — but will the genuine and soft-spoken man of his dreams be able to keep up with the trouble Curt seems to stir everywhere he goes?
—
One Giant Leap is a slow burn m/m contemporary romance novel with a May-December theme, lots of humor, medium angst, medium heat, and a happily-ever-after ending — plus a sexy bonus chapter. END_OF_DOCUMENT_TOKEN_TO_BE_REPLACED

I like it a lot! Re-read it for sure!